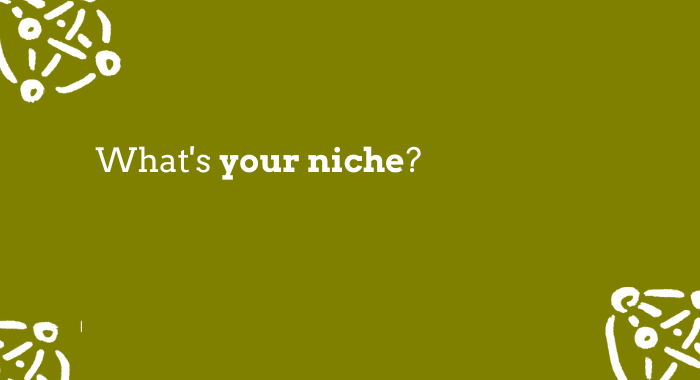 If you wanted to kill ants*, would you buy 'Ant Killer' or 'Insect Spray'?

If you wanted to enjoy paddle boarding, would you get lessons from 'Peter the Paddle Boarding Expert' or the 'Outdoor Centre'?

If you're a normal human being, your answer to each of those questions will have been the first, the most specific description.

Years ago everyone bought Insect Spray and hoped it would do its job, regardless of the creepy crawly species. Then the chemical companies realised that with the right packaging and description they could sell not just one product but several, each with a defined 'job'.

Consumers felt more confident, not just choosing between different brands of Insect Spray but being able to pick up the bottle that promised to do exactly the job they were looking for. Sales of all these exterminators grew. That might not sound instantly relevant to the tourism industry but the lesson is important.

Money and time are both valuable so when we spend either we want to know we're doing the right thing. As I've often said before, reassurance is really important. One way of doing that is to use exactly the right words, and to target niches. Reading words describing what you're actually looking for is instantly reassuring.

If you've never been on a paddle board before, being able to book Peter the Paddle-Boarder makes you feel more confident he'll show you what to do. It just feels easier and less hassle, so you might even be willing to spend a little more?

If you want to go to a cafe but have a dog, you could tentatively ask the owner if they accept dogs. But that's not the same as being able to google 'dog-friendly cafes' and instantly find a place that actively welcomes them. For a dog-lover, finding somewhere that loves dogs as much as you do is a delight, not just a place you'll sit for a little while gulping down a coffee trying to make sure your St. Bernard is as inconspicuous as possible. And if you're a dog lover, chances are you'll know lots of other dog people and tell others...

If you were about to open a hotel with 65 rooms in a seaside location with loads of competition, you might try to please everyone in an attempt to make sure you get plenty of chances to fill the place. But would that work?

A bland hotel might not upset anyone but it wouldn't be very memorable either. 65 rooms is a lot to fill, particularly in Winter. What if you were a little daring and decided to target a niche? Or even a couple of niches that belong together - dog-friendly walkers, cyclists and surfers. That's what the new Bike and Boot Inn in Scarborough has done. It seems brave at first. What about the people who hate dogs? Or the ones who just want to relax and don't want an eyeful of bulging middle-aged man in lycra at breakfast? Obviously they won't like it. But the niches they're targeting are large enough to be really big business. What's more, it's targeting people who'll visit year round, usually a major challenge for a seaside hotel.

Niches can be small or large. One of the reasons niches are now more powerful than ever is that they narrow down choice. That might sound counter-productive. Surely you need as broad a market as possible to get ahead? The reality is that most of us are busy, tired, and just want to make our life easier.

If you offer something that caters for a niche market, you can write about that niche on your website. There'll be less competition, and when people type in those words to a search engine, hey presto, you'll be at the top of the search engine rankings. The more niche the better - you might even be able to create a situation where you're the 'only'...

• Every creature has a special function. Do you really want to kill the ants? And if you do, do you really have to use the chemicals?

There are no comments yet. Be the first one to leave a comment!