For those feeling exhausted and overwhelmed 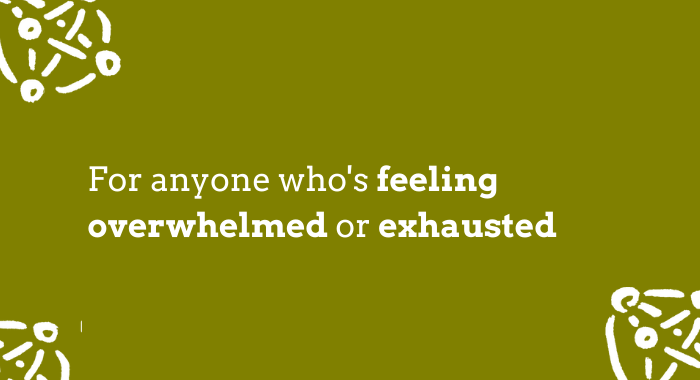 Ever feel like you're wading through treacle? That no matter how upbeat and positive you are, there are always times when everything just feels like hard work. It's easy to become overwhelmed, exhausted and discouraged. Sometimes it feels like progress is painfully slow.

Some one happened to mention the moon landing the other day, being very specific about the date when it happened. It sparked a thought that might help you too.

On 19th July 1969 no-one had ever landed on the moon. It just seemed like an impossible dream. One of those huge feats that was hard to even imagine could happen.

Then on 20th July 1969 in "one small step for a man, one giant leap for mankind" the first man landed on the moon. From impossible dream to celebrated event in one day.

Of course the whole moon expedition didn't happen in one day - it took years in planning and execution. Similar to most aspects of our lives.

But the actual landing, the celebrated event was a break-through on a particular day.

And sooner or later, when we just plod forwards, we land on our version of the moon. Even when the day before it didn't seem possible.

This thought reminded of something I realised a few years ago. When we're trying to do something, or when something really matters to us, we are very conscious of the ups and downs, each tiny surge forward and each disappointing setback.

if we were looking at our progress as a line on a graph, we'd focus on the way the line goes up and then down again. Yet if we looked at the graph from a little distance, we'd notice the line simply moving in an upwards trend.

We talk about the ‘straw that breaks the camel’s back’, focusing on the tiny extra thing that tips it over the edge. The straw is seen negatively, but what about if we thought about that straw (or another tiny thing) as something positive?

The thing that makes a positive difference could equally be a tiny extra step, a few minutes of extra effort, a last push. You’re almost over the hump: it just needs a small final bit of oomph.

You're almost certainly doing better than you think. The down bits of the graph are when you need to rest and recharge, ready to surge upwards again. Or to land on your version of the moon.

Thanks for this post Susan. Needed to hear this today. :-)

Thanks Susan - this really resonates with me, both personally and professionally. I think we can often be so focused on 'how to do/ be better' that we forget to stop and celebrate/reflect on how far we have come ....

What a lovely thought! Beautifully put! Gives me a boost as well. Thank you!